There are plenty of  360-degree feedback tools that collect information about various competencies of managers and employees. But how do you know for sure that those competencies are crucial leadership and management qualities that can facilitate High Performance Teams and Organisations? And how do you know whether the feedback tool, which you apply to collect information, including the accompanying report, actually brings about improvements? You don’t.

This was the kick-off for a comprehensive research on feedback tools. Together with her team, Muriel Schrikkema MSc developed the brain friendly 360-degree feedforward analysis™ tool. The scientific team of Dr. André de Waal MBA validated the list of leadership- and management qualities.

Many organisations hire external companies to conduct feedback interventions. For that purpose, numerous 360-degree methods have been developed that aim to improve employees’ performances by means of feedback from colleagues.

However, more and more research disproves the idea that designating weaknesses leads to the improvement of performance. These studies form the basis for a new generation of brain-friendly tests, in which the latest insights into how motivation, fear, and dedication, have been taken into account.

A new vision on 360-degree feedback

One of the studies that show the deficiencies of traditional feedback methods is the “Turn the 360 around: why feedback doesn’t work and how to do it better” by P. Dixon, D. Rock, and K. Ochsner, (2010, NeuroLeadership Institute). The researchers showed that traditional feedback interventions threaten a person’s sense of status and a security. That is, as a result of certain behaviour, one has achieved a certain position. Now, that exact same behaviour is being criticised. Your autonomy is at stake and your relationships are being threatened: friends from whom you receive feedback can turn into enemies as they criticise you. Finally, reasonableness is being threatened: ‘Why do I have to be in the spotlight?’ is something you could ask yourself when you receive feedback.

Feedback can even have an adverse effect on teams that are already subjected to (communication) problems. Feedback can cause people to switch to an odd mental state; they are blocked or make counterproductive moves which prevent feedback from ‘landing’. Only very few people would say: ‘You are right, I did not handle that very well, I am going to do it differently.’

This has to do with the dominance of our limbic system, the most primitive part of our brain. This part of the brain wants to experience as little fear and as much pleasure as possible. When experiencing danger or threat, the brain reacts by producing stress hormones that make you less alert and active (Mesulam M-M (2000), “Principles of behavioral and cognitive neurology”, Oxford University Press). This also might happen when you receive negative feedback. Those hormones influence behaviour: they make you less efficient, which negatively affects your concentration and the ability to take in new information. A negative comment regarding your behaviour will, therefore, be forgotten more easily. A study by Naomi Eisenberger (Eisenberger, Naomi I (2011), “The pain of social disconnection”, Nature Reviews Neuroscience) shows that negative feedback has the same effect on your brain as physical pain; it causes stress.

Whenever the feeling of threat is sparked, it’s not easy to put it back to rest. It hinders people from being creative, from working together, and from making balanced decisions.

That is, over 90 percent of our behaviour is controlled by our subconscious. Therefore, we are not able to consciously indicate the underlying reasons of our behaviour. This causes a discrepancy between what we think, do and feel: what we say we will do, think or prefer does not coincide with what we actually do and prefer. When we, based on feedback, claim to start doing things differently, there is a big chance that we are not really going to do it. Thus, feedback does not bring about the aspired effect.

Complimenting people works differently. In “Scientific explanation to why people perform better after receiving a compliment” (2012), Japanese researcher Dr. Norihiro Sadato shows that the brain experiences complimenting as something positive. When a person is paid a compliment, his or her brain produces dopamine. As a result, that person will perform better. Giving compliments appears therefore to be the perfect way to encourage people to grow and learn new skills.

The idea that leaders should focus on strengths instead of weaknesses has been supported for quite some time now. American writer and researcher Tom Rath is one of the pioneers of this line of thought. Rath wrote several books and works as an advisor at management research institute Gallup. According to Rath and Gallup, a good leader knows their own qualities, makes sure that their team consists of people with the right qualities, and invests in the qualities of others. As a leader, one should focus on talents instead of things that are not going that well. Extensive research by Gallup shows that the same applies to employees: if you focus on the qualities of an employee, he or she will be much more engaged in the organisation and will do a better job (“StrengthsFinder 2.0”, by Rath & Tom, 2007).

George Kohlrieser, clinical psychologist and professor at the IMD Business School, expressed the same as follows: “The central thought is that people need a safe basis in order to eliminate the defensive nature of our brain. This enables us to be inspired by chances and opportunities, instead of being guided by fear and thread.”

Positive psychology is gaining ground. Although it is applauded for in theory, the emphasis often still remains on weaknesses instead of qualities. This is due to the fact that the instrument is not yet adjusted to recent studies that prove the importance of positive psychology, causing organisations to fall back into old-fashioned feedback interventions.

This triggered us to think about new 360-degree feedback instrument with which the qualities of people are emphasised. First, we had to determine which qualities are relevant to good managers and leaders.

The feedforward qualities and the three feedforward pillars were developed by means of a research project that consisted of two phases for determining key qualities of managers and leaders from High Performance Teams and Organisations. The project included a literature review  and an empirical study in the form of a global questionnaire, which will be concluded in the beginning of 2017.

The literature review included the collection of available studies on excellent managers and leaders. The criteria that were applied were:

The literature review covered 112 studies that met one or more of the mentioned criteria. These studies formed the basis for determining potential management and leadership qualities within High Performance Teams and Organisations. Subsequently, these qualities formed the basis for the questionnaire that was applied in Phase 2. The studies were ranked according to thoroughness of research, ranging from ‘fully scientific’ to ‘based on my own experience’. The process of determining the qualities consisted of the following steps. Firstly, we selected those qualities that were indicated as highly important to excellent leaders and managers by the researchers. Secondly, these qualities were placed in a matrix. Not all authors use the exact same terms, which is why we first looked for similar elements in the studies which we subsequently translated into overarching categories. These categories were then translated into three feedforward pillars. A matrix was put together for each factor with its corresponding qualities. Ultimately, 48 qualities were found.

The 48 potential management and leadership qualities are currently tested by means of a questionnaire which was presented to over 10.000 participants from all sectors in 34 countries. The participants – people from businesses, non-profit, and public organisations – were asked to score there supervisor/manager on the 48 management and leadership qualities. The test also includes additional questions from the Leader-Member Exchange Model (LMX7). Finally, the participants were asked to appraise the validated characteristics of an High Performance Organisations with the organisation(‘s department).

MA statistical analysis, conducted by Dr. André de Waal MBA (supported by Robert Goedegebuure, PhD, Associate Professor International Business at the Maastricht School of Management), identifies the qualities that have a strong an significant correlation with organisational performance. These particular qualities are labelled as feedforward qualities. By means of a statistical analysis, these qualities are assigned to the three feedforward pillars.

The goal of the study is to prove a direct and positive correlation between management and leadership qualities and High Performance Teams and Organisations.

Want to know more? Please contact us on this page! 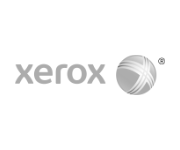 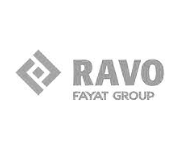 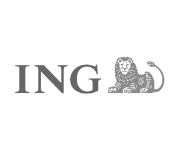 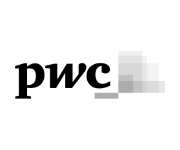